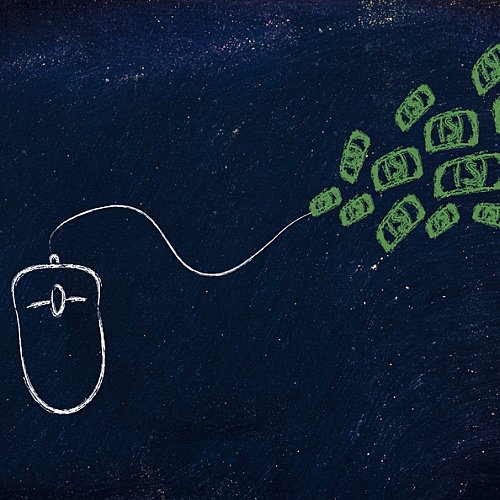 Click-through rates have long been the standard measurement of banner ad success. The logic is simple: Low banner ad click-through rates mean that too few consumers are taking action as the direct result of exposure to your ad. Without these actions, the ad fails to deliver and advertisers have to eat the cost.

Click-through rates can be a good metric for assessing ad value, to be sure, and for some companies, the need to generate clicks remains an important component. It's misguided, however, to think that a banner ad's only form of success derives from driving a click on the ad. The more we learn about the function of banner advertising, along with the ways it can affect consumers and plant seeds for action later, the more we realize that banner ad click-through rates are not the be-all and end-all for this form of display advertising.

Brands shouldn't ignore click-through rates as a metric for campaign value, but there are other important benefits of banners to consider.

In reality, click-throughs are joined by another very important return from banner ads: increased brand awareness. Even when consumers don't engage with an ad, simply seeing it creates a benefit for your company, according to iMedia Connection, particularly when you have accurately targeted these ads to a relevant audience. Brand awareness might not trigger a direct action, but it does start to establish a reputation for your brand. The more those consumers see you, the more likely they'll consider your brand when they're at a point of making a purchase later.

Click-throughs and immediate conversions are great, but they don't really speak to how most purchases happen. The consumer path to purchase is wide and varied. Even if a consumer is interested in a conversion with your company, he may not have time to click on the ad or may file away your brand to check out at a later time. These conversions are tough to track (although a good analytics tool can make this happen), but they need to be considered when measuring the value of your banner ad campaign. The click may not happen, but the result is the same.

According to research into the true value of banner advertising, click-throughs actually don't indicate intent to buy as much as other metrics. In addition to simply viewing the banner, a metric known as "hover" seems to be even more effective in terms of its correlation to buying tendencies.

A viewer's decision to hover the mouse over an ad suggests consideration in the buying process, even if that consumer doesn't ultimately click the ad. Furthermore, longer periods of hovering increased the likelihood that the consumer would make a purchase. It seems antithetical to how banner ads should function, since one would think an interested buyer would click on the ad. The numbers, however, beg to differ.

A good analytics tool can help brands get a better sense of their banner ad return on investment. Ultimately, marketers should broaden the scope of how they view banner ads, observing how increases in brand awareness could be driving positive gains in sometimes hard-to-see ways.